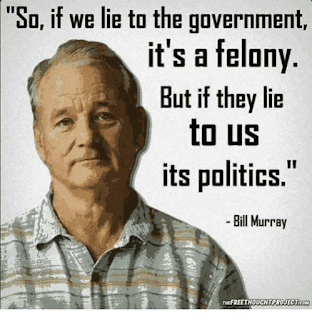 Please take the survey on your right, I would like your input.

The price/cost for negligently taking a life in Wise County when guilty of intoxication manslaughter: 5 years in prison. Is that the value you would place on your child’s life? How very. very sad.

California went from one of the wealthiest states in America to one of the poorest. If you don’t think they are having issues, over 50% of drivers license applicants last year were illegal aliens. The writing is on the wall. The middle class is leaving, the rich will have endentured servitude, the government will beg for a bailout.

A Canadian hedge fund manager commits fraud, costing investors hundreds of millions of dollars, and goes to jail. Then he makes a plan to escape. You may find this a good read. He said, “God had a different plan”. He should have been more careful before invoking God into the conversation.

I was watching a video on The Deity’s blog of a woman who refused to put her cigarette out in a football stadium and the officer drug her out of her seat. I hope to be the first to coin the term “the Clinton syndrome”, which I define as the belief that rules don’t apply to those who suffer from the conditon.
Posted by Denney Crane at 4:18:00 PM

A guy in Wisconsin got 6 months for beating his 2-month old daughter and breaking 20 bones. A wannabe pop star chick in Egypt gets 2 years for making a provocative music video in which she eats a banana dripping with milk (I'm not necessarily defending the video, I'm revulsed by reading the lyrics to $0.50 Candy Store).

There is in this world a large disparity in how our justice systems are calibrated.

Will Denney make another post in December? Must take quite a bit of effort to string a few paragraphs together. Maybe he got stuck in the chimney. Or maybe he ran out of ideas. Or maybe he's gone over to the dark side and is having breakfast with short stack over at Liberally Lean.

This is Doug from Planet Urethratron. Come in please, Denney, over...

So sorry to hear of Denney's passing. Is anyone going to maintain his blog?

To haters of color: Remember, 600,000 white Union soldiers died for your freedom. Many more suffered injury. It is hate that keeps us in bondage, as well as in our prison system.

Kindness is the language which the deaf can hear and the blind can see. Mark Twain

It is not reasonable to use intellect and logic when determining reality in an environment where unaccountability is normal and leaders are successful liars and thieves.

I know Wikipedia is a very poor source to use as a reference, but based on effectiveness, simplicity and validation, I use it anyway to remind me no source is always right or trusted!